I’ve visited an interesting park twice in the past week.  Kiwanis Park, located in Dublin Ohio, lies along the Scioto River.  It’s a great place for birding, even though it is relatively small.  The park is a hidden gem- there’s no sign indicating that the park is at an obscure turnoff.  I’ve been there when I was the only person in the park. 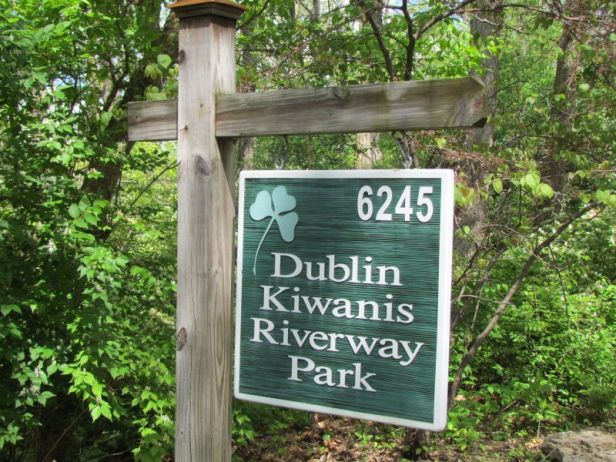 Paths and boardwalks take you along the river, through the riverine woods, and into marshy areas. 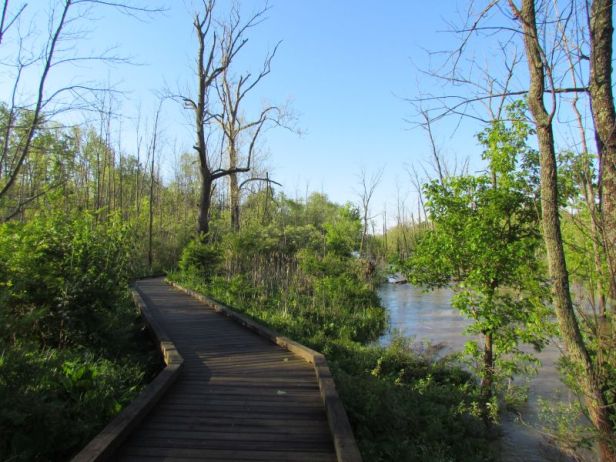 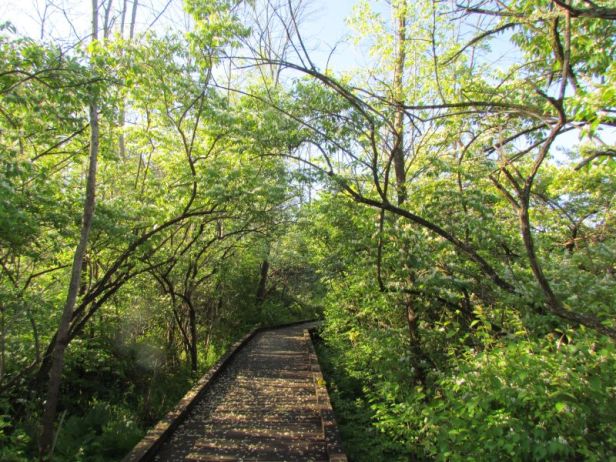 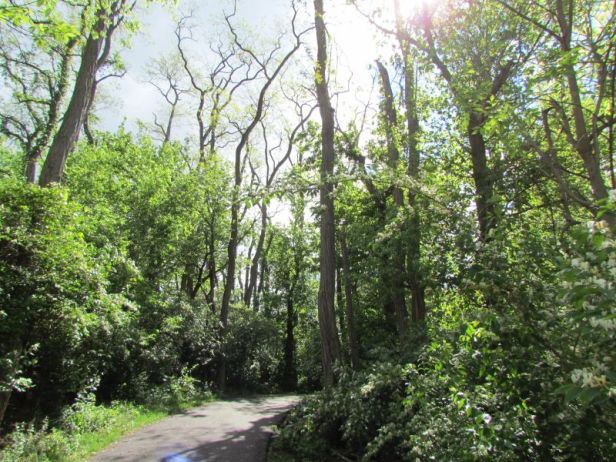 The Nature Conservancy (a group that I belong to) has its Ohio office right on the edge of this park.  Here’s the building, guarded by a pair of Canada Geese. 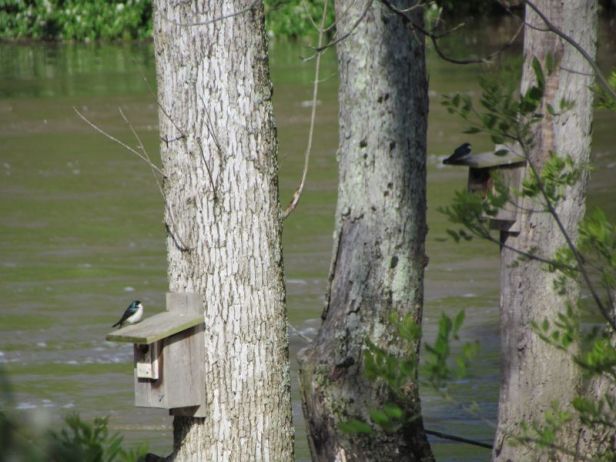 Several nest boxes are placed around the park.  Tree Swallows and Bluebirds are nesting in them now.  I’ve seen Wrens and Chickadees also using them before.

There are marshy areas in the park.  You can tell by the foliage that grows there.  The large-leaved plants are Skunk Cabbage, which is one of the earliest blooming wildflowers in late winter / early spring.  I did a post on it a while back called A Unique Early Spring Plant.

In early May, Honeysuckle Bushes are in full bloom throughout the park.  This invasive species provides cover and food to wildlife (though not much nutrition).  Sure enough, years ago I made a post about it called A Successful Invader Blossoms In May.

The following are the most common wildflowers to be seen at Kiwanis now, most of which thrive in damp soil.  They are all yellow!  That color and white seem to be the most popular- 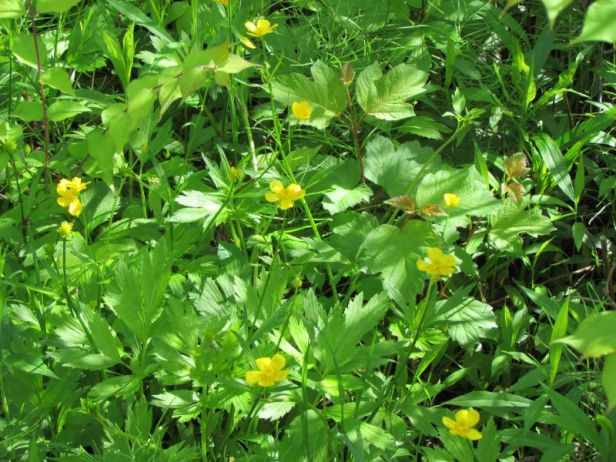 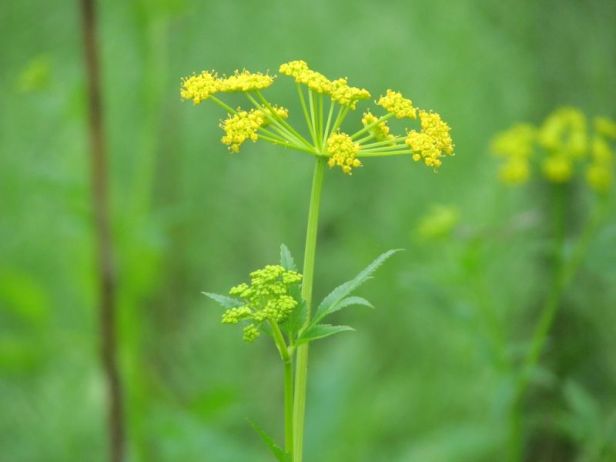 As I mentioned, this is a great park for birds.  Warblers and other migrants pour through the park in spring and autumn; waterfowl and shorebirds can be seen along the river.  Birds of prey fly overhead.  Woodpeckers are often found here as well.

Here’s some of the birds I’ve seen recently- 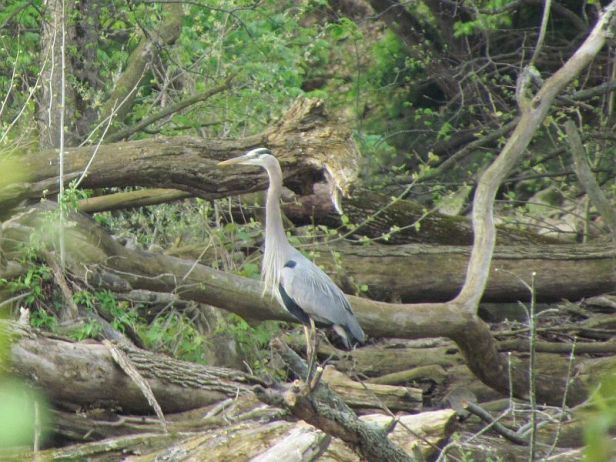 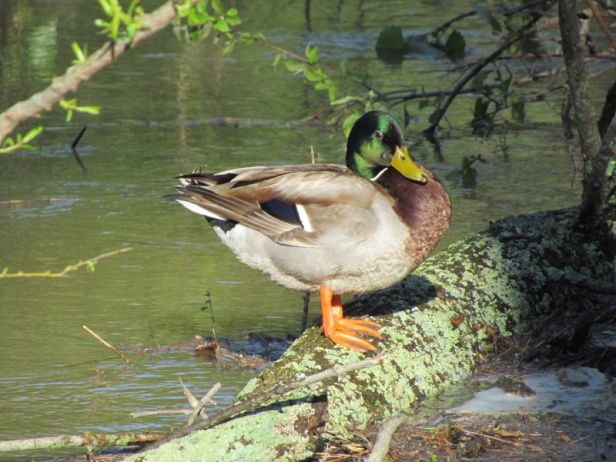 Waterfowl such as this Mallard can be often seen 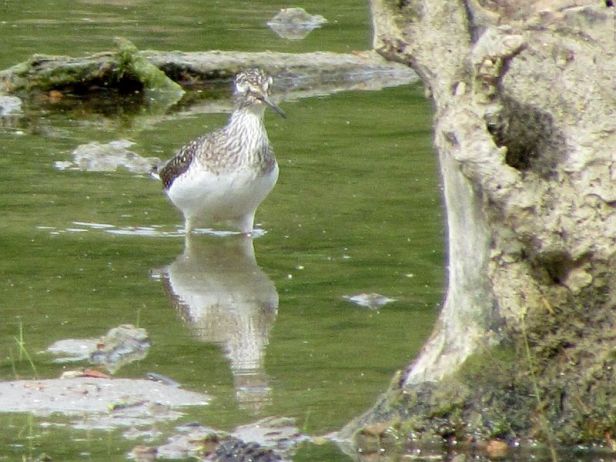 A Solitary Sandpiper feeds in the shallows 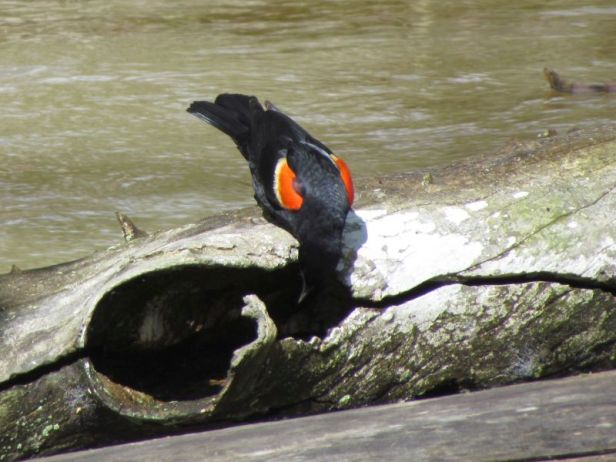 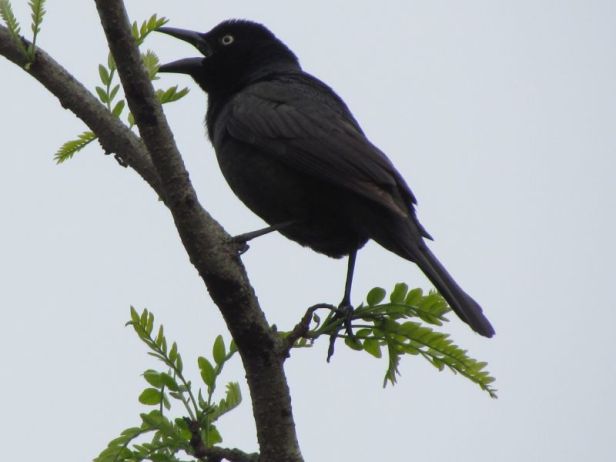 A Downy Woodpecker has a good scratch

A Song Sparrow sings on a favorite perch

A House Wren pauses in singing its bubbling song

A Bluebird sits near its nest box 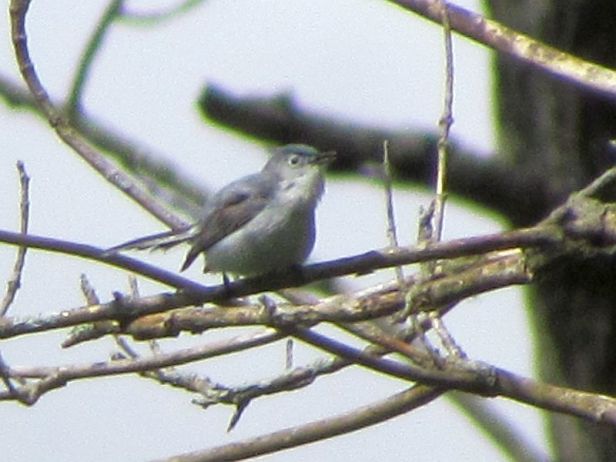 A Blue-Gray Gnatcatcher flits among the branches

A Tree Swallow rests its wings 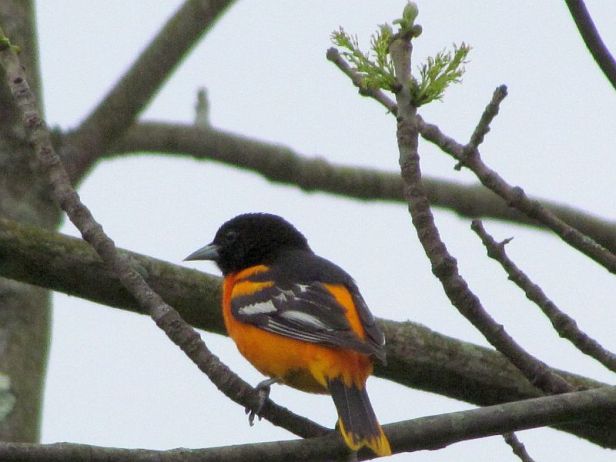 The first Baltimore Oriole of the season for me!

And last but never least, warblers: 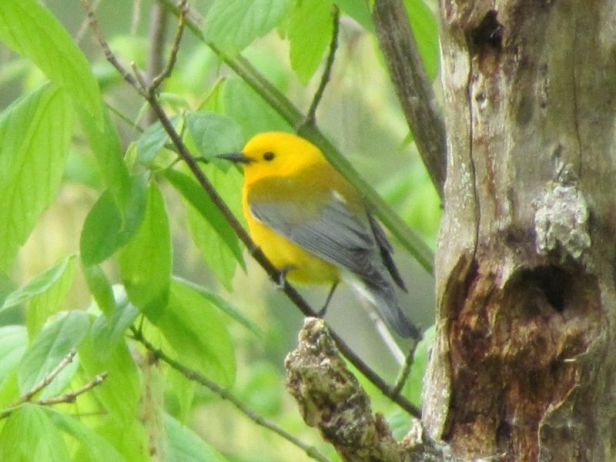 This Prothonotary Warbler was looking for a nesting spot

This Palm Warbler hung out for days in one spot

This Yellow Warbler sang from the thickets 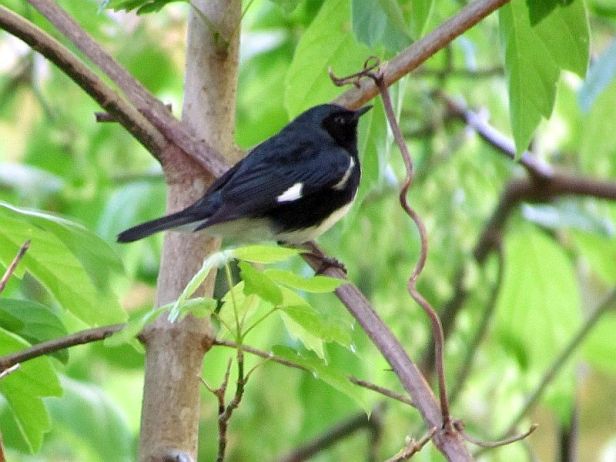 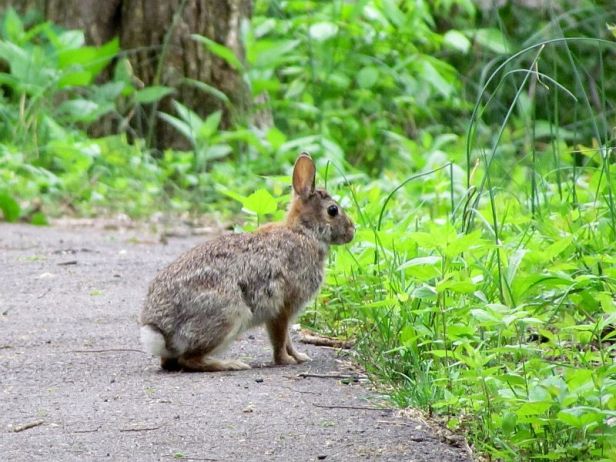 Kiwanis Park packs a lot of punch for a small park.  Its location along a wooded riverbank with plenty of wet marsh means you never run out of things to marvel at.

10 thoughts on “Spring at Kiwanis Park.”