This post is a wrap-up of the various duck species I’ve seen wintering over here in Central Ohio, and spring migrant ducks seen in their migration month of March.  Ducks can be hit or miss when you see them- some are very shy of people and stay far away, while others are more approachable.

Mallards are the most common duck here, and can be seen year-round. 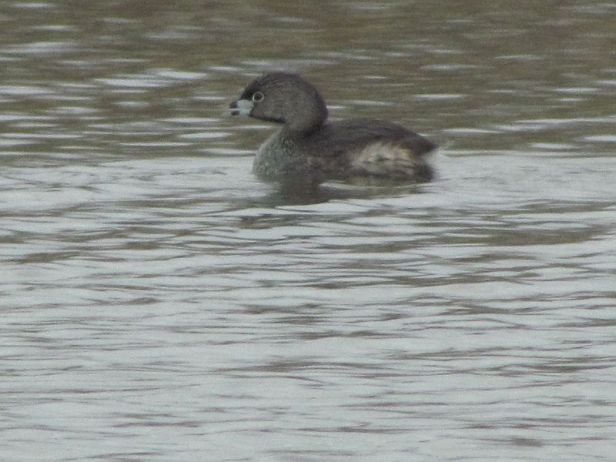 Technically not a duck, Pied-Billed Grebes- very small diving waterfowl- are also seen year-round, but they are more visible in winter and during migration time.  I usually see these ducks alone or in pairs.

Another non-duck, American Coot are seen often in winter and during migration season, They have lobed feet like marsh birds. 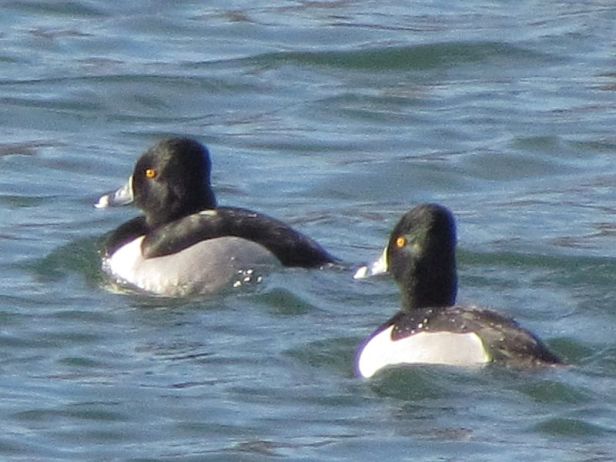 These guys look a lot like Scaup, but they are Ring-Necked Ducks- look for the white outline around their bills.  Once again, they are migrants that can occasionally be seen in the winter as well.

This is a pair of Blue-Winged Teal.  I just saw these ducks today!  They are spring migrants.

Here is a pair of Gadwall.   These are winter ducks.  The female looks like a Mallard but the male has a distinctive grey and tan plumage.

The duck in the foreground of this photo is a Redhead- named for obvious reasons!  They are seen during migration time as well as in winter.  Love the orange eyes.

These striking duck-like waterfowl are Hooded Mergansers.  The male has the distinctive black and white head while the female has the sort of punk rufous-colored haircut.  You see them here in the winter.  Very handsome birds!

This handsome duck is a Common Goldeneye male.   The white patch beneath his golden eye is a distinctive feature.  You see them in winter waterways. 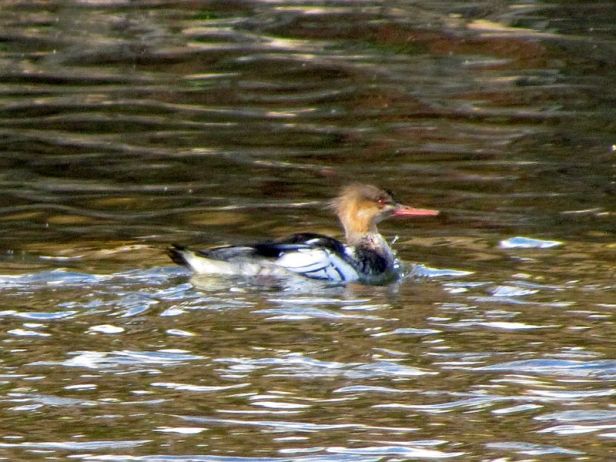 This female Merganser is either a Common or a Red-Breasted Merganser.  It can be a bit difficult to tell sometimes.  They are larger than ducks with distinctive bills.

Ducks can often be difficult to see without powerful binoculars or a scope.  But sometimes one gets close enough for a halfway decent picture!  These birds add some spice to the winter and early migration months.

8 thoughts on “Winter and Spring Ducks.”