Wood Warblers are neotropical migrants, birds that breed in the US or Canada and winter in Central or South America.  They tend to be colorful, which makes them quite popular with birders and photographers- especially in the spring, when the males are in their brightest breeding plumage.  But as any birder can tell you, Warblers can be difficult to see or photograph.  They move frequently and spend much of their time in the leafed-out canopies of trees, searching for insects.  I’ve gone whole migration seasons without getting a good shot of them before.

Not last month though- I was out every decent-weather morning in various parks, and got some decent shots.  Here they are, I hope you enjoy them. 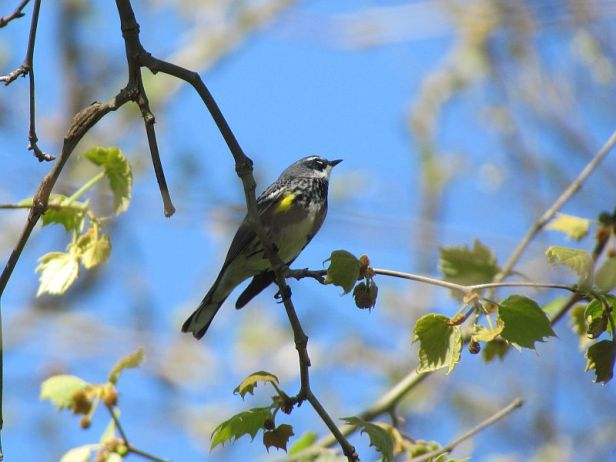 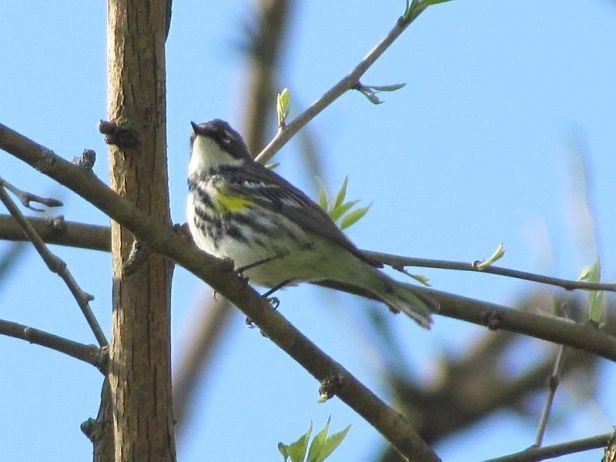 These hardy birds will eat poison ivy berries- most Warblers are insect-eaters exclusively.  They occasionally winter over in Ohio, surviving on such berries.

One of the most common breeding Warblers in Ohio- they love scrubby fields and shrubs near water.  Their song is the classic ‘sweet, sweet, sweeter than sweet’

Perhaps the most common breeding Warbler in Ohio, they love scrubby fields and shrubs.  They scold me all the time when I walk through their territory (like this little guy did) during nesting time. 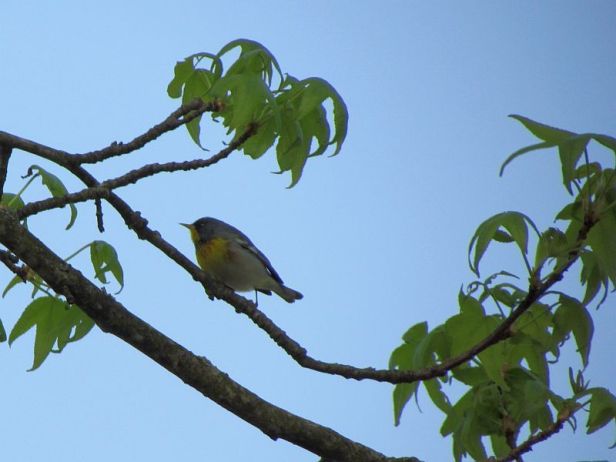 A common warbler.  Mature adult males are black and orange, the females are olive green and yellow- almost looking like different species.

These birds don’t seem to hide as much as other Warbler species.  Their ‘zu zee zu zu zee’ song is easy to identify. 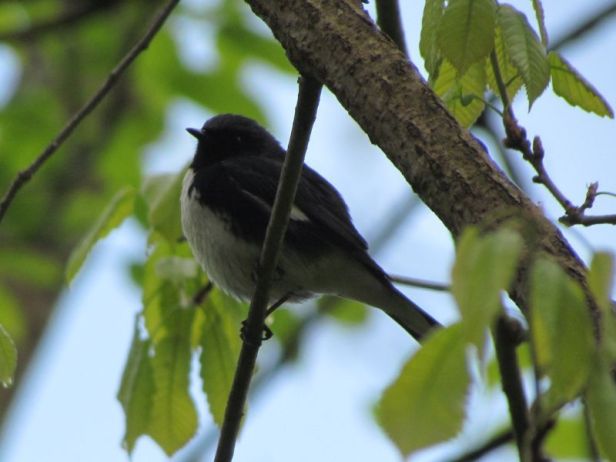 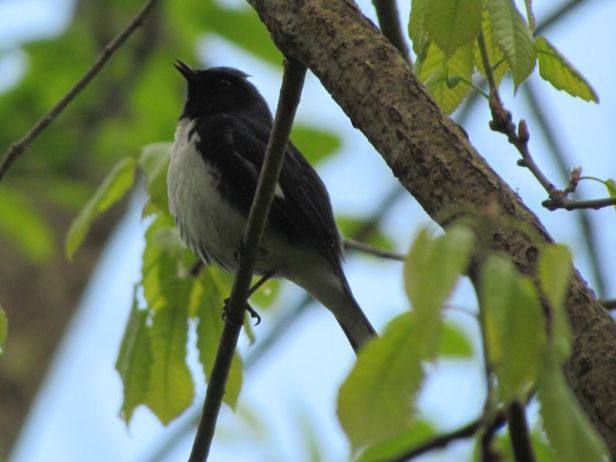 I often have trouble getting a good look at this species, but this individual cooperated nicely by singing mere feet away from me. 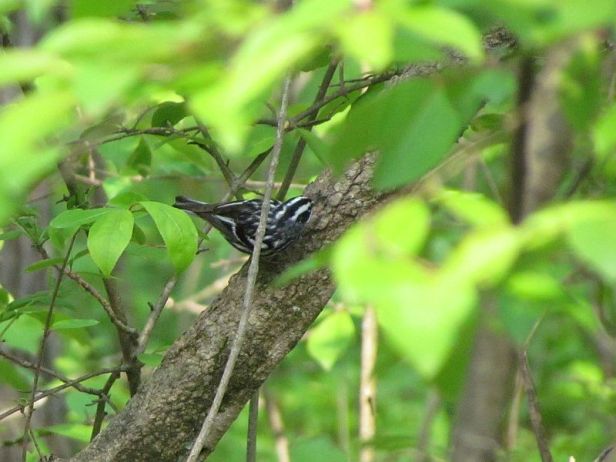 This species is very distinctive, moving around on tree limbs and trunks as if it were a Nuthatch.

I usually get better looks at Nashvilles but for some reason this year they didn’t show themselves to me!

Palms sometimes forage for food on the ground and in tall grass.  They often are the last Warblers seen late in autumn migration.

For some reason I’ve always had a hard time getting a decent shot of this species, but this one posed nicely for me for a few seconds- forever in Warbler time. 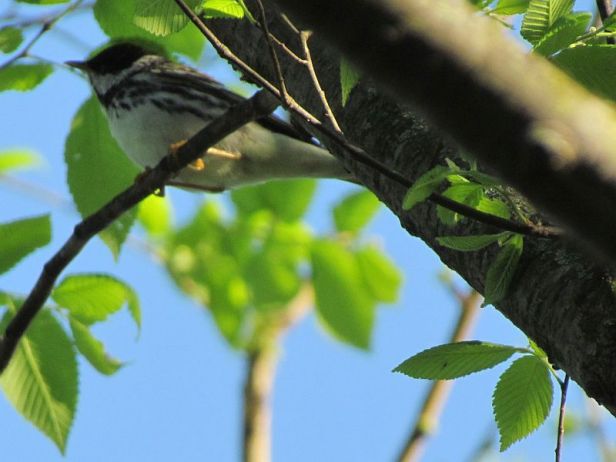 Blackpolls aren’t the showiest Warblers, but they often elude my camera.  Not this year!  Notice how this bird is searching for insects, turning its head to look everywhere.  A typical no-nonsense Warbler foraging behavior.

This gorgeous bird peeked out of a shrub and looked directly at me.  I saw him by sheer luck.

Bay-Breasteds are another Warbler species that typically avoids me.  I was happy to get these shots. 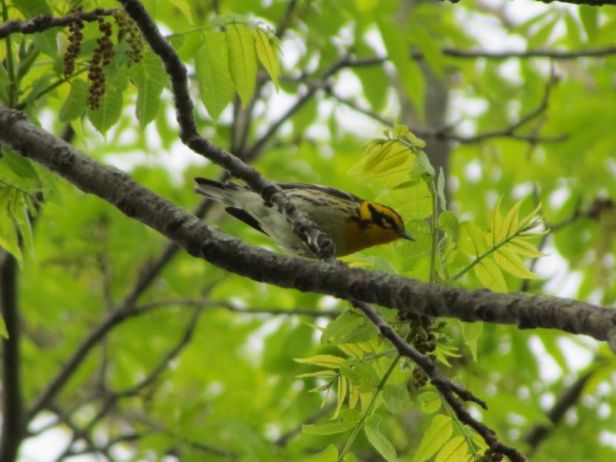 Blackburnians have that brilliant orange-red head and throat.  You can glimpse them through the leaves quite easily with that glowing color.

I just realized I didn’t get a decent shot of a Yellow-Throated Warbler this spring.  That’s a shame, they often can be seen in tall Sycamore Trees along rivers.  I also missed any decent shots of Tennessee Warblers.

I hope next May is as good to me as this one was!  I’ll try to get plenty of shots of Wood Warblers as they come back through Ohio heading south for the winter in September during autumn migration.  They aren’t as brightly-colored then because mating and nesting season will be over.  They are often harder to identify due to this, and because immature younger Warblers tend to look different than adults.

19 thoughts on “May Was Spring Warbler Season.”