I’m long overdue for another post about trees, and late autumn is a good time to look at a prominent species.

If you’ve been walking through woods recently, you’ve most likely noticed a certain tree that seems to hold onto its leaves longer than others.  The dry tan leaves on younger trees may stay on throughout the winter. 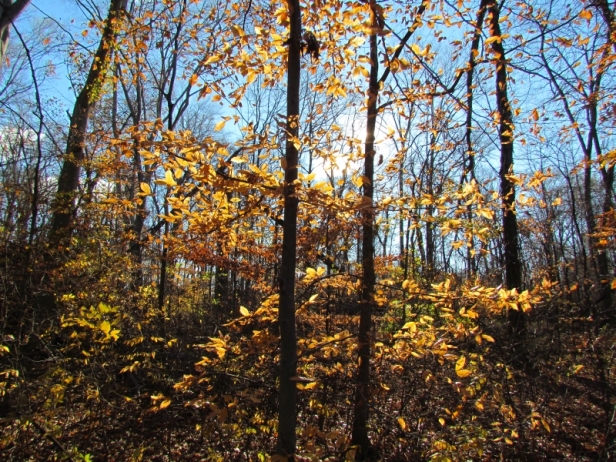 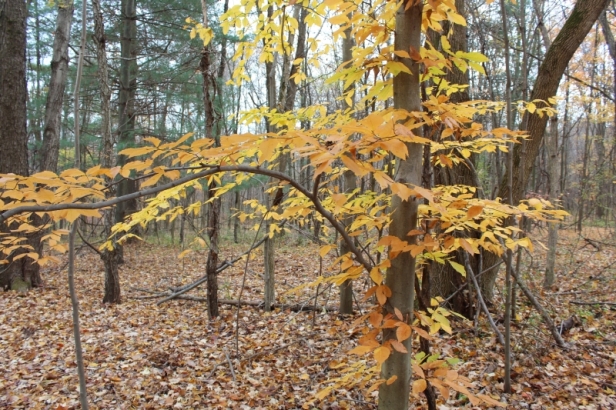 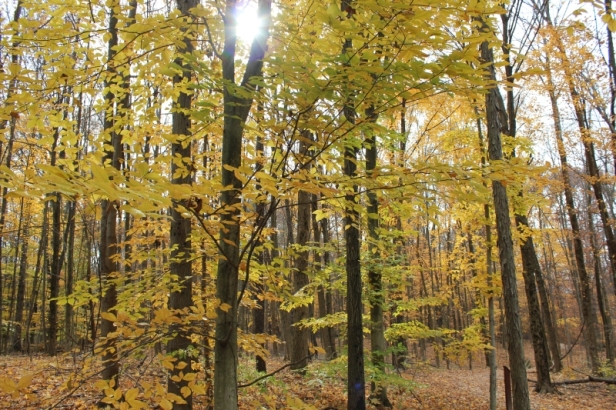 If this looks familiar, then you already have been acquainted with the American Beech, a deciduous tree found in the eastern United States and southeastern Canada.  Historically, many thousands of years ago, forests of this tree may have stretched across the whole North American continent.

The leaves on the American Beech are simple and slightly toothed, with noticeable veins. 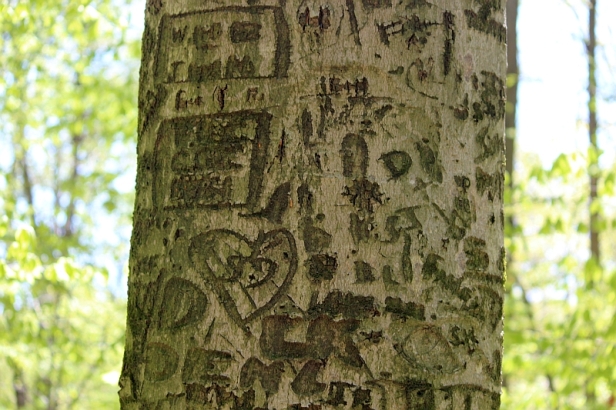 …the American Beech bark is an attraction for vandals who carve names, dates, gang symbols, and other material into it. One such tree in Louisville, Kentucky, in what is now the southern part of Iroquois Park, bore the legend “D. Boone kilt a bar” and the year in the late 18th century. This carving was authenticated as early as the mid-19th century, and the tree trunk section is now in the possession of The Filson Historical Society in Louisville.

Mature American Beeches can grow up to 120 feet tall.  I’ve seen a disproportionate amount of older hollow Beech trees fallen in the forests.

American Beech can take up to 40 years to begin producing seeds. Large crops are produced by 60 years and the tree’s total lifespan may be up to 300 years. 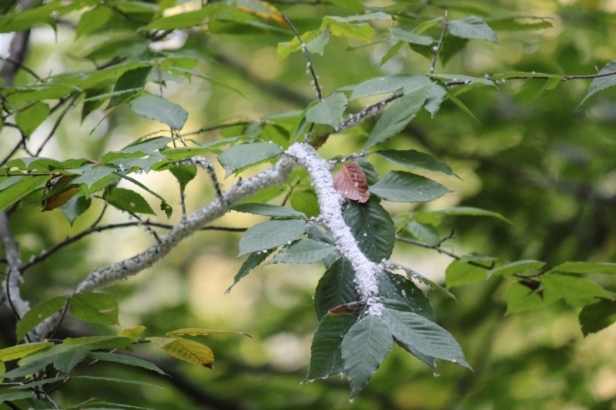 As I discussed in a previous post, a type of Woolly Aphid- the Beech Blight Aphid– can inhabit Beeches, but they do minor (if any) damage. 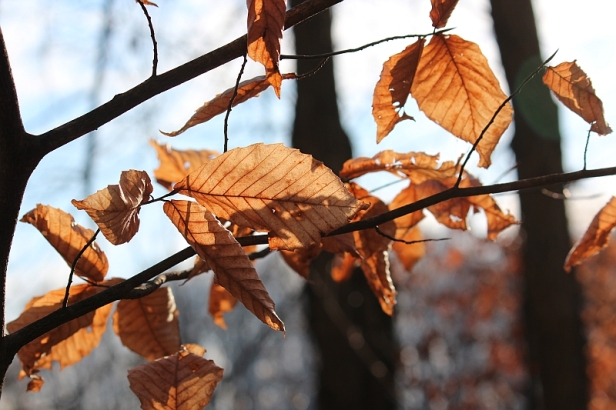 The transformation from spring’s vibrant green leaves to winter’s dry rattling tan ones is interesting to behold. 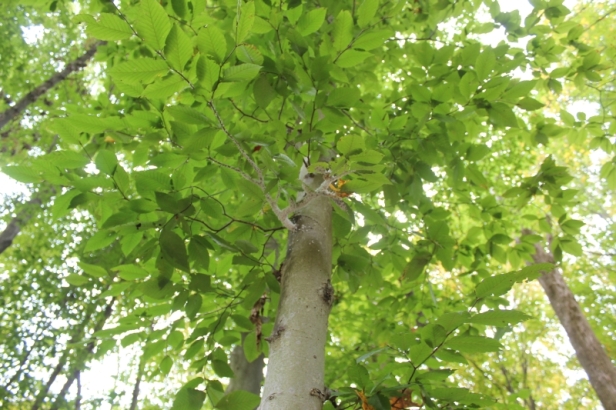 American Beech is an important tree in forestry. The wood is heavy, hard, tough and strong, and until the advent of power tools in the 20th century, lumbering beech trees were often left uncut to grow. As a result, many areas today still have extensive groves of old beeches that would not otherwise occur. Today, the wood is harvested for uses such as flooring, containers, furniture, handles and woodenware.

Here’s an elderly Beech that I spotted in a cemetery one day.  In the forests, some blow down before they get this huge.

Keep an eye out for American Beeches!