It’s late in the month of May, and spring has pretty much run its course- summer is just around the corner (hard to believe it came on so fast), and spring migration is finishing up.

Out in the woods, the canopy and undergrowth are already summer-thick.  This means the end of the spring ephemeral wildflowers that flourished in the forests when there were far less leaves to block out the sun; unfortunately, it also means that it’s harder to spot birds moving through the trees. 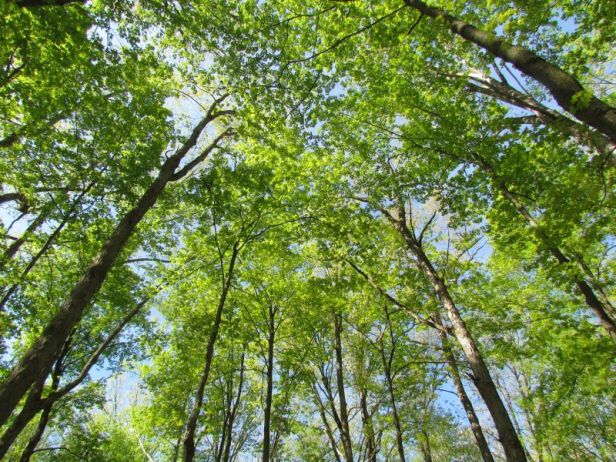 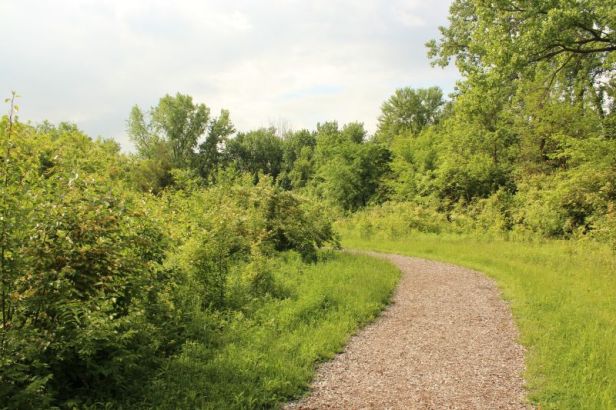 Wildflowers flourishing now are those that are of a summery disposition.

Blackberry brambles are starting to bloom.

Honeysuckle Bush blooms are yellowing, meaning they will soon be done flowering.

Birds have been migrating through Ohio on their way further north.

I saw this Indigo Bunting zealously defending his territory from another male of his species- they sang at each other from close by, and flew around each other, testing their boundaries. 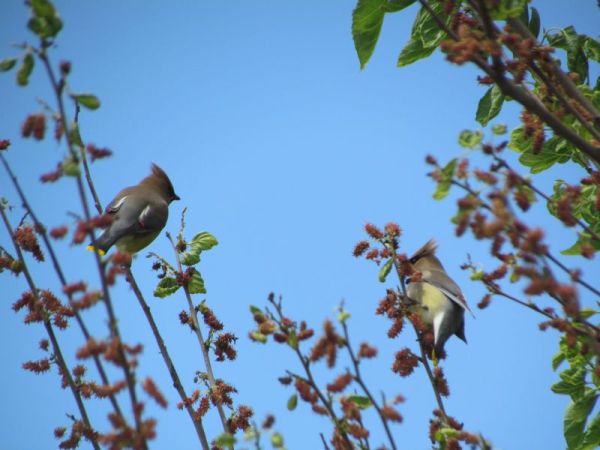 Many birds here are nesting and raising families.  You can see the signs when you take a walk.

These Song Sparrows anxiously called at me from bushes near a path as I walked by- they most likely had young ones close by.

Many birds are carrying food for young ones right now. 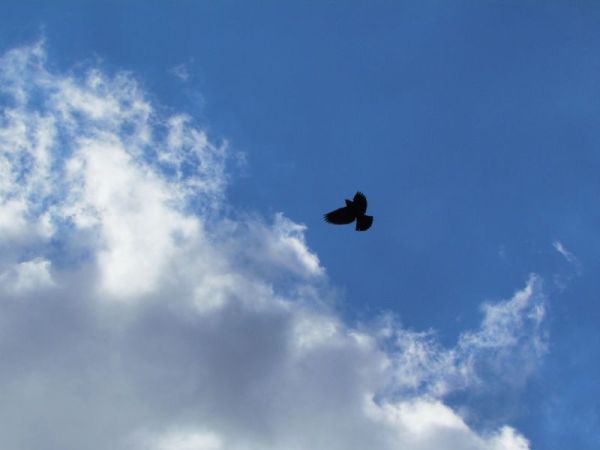 Red-Winged Blackbirds flew over my head making a racket yesterday- they fiercely defend their territory.

Here’s why Red-Wings cause such a fuss- a young Blackbird looks around in wonder at its new world before flying off as I got closer.

I found this egg on the path yesterday- perhaps it is a Starling egg, as there was one singing nearby.  Perhaps a Cowbird pushed it out?  Or maybe the parents tossed out a bad egg?  I picked it up and took it home, keeping it warm on the top of a toaster oven just in case it’s still viable.  I’m not expecting anything to happen, but I’ll let you know if it hatches.

It’s been a great spring!