In the May woods in Ohio, one can see an encouraging sign- good numbers of a particular native shrub flowering.

This is encouraging because invasive species tend to be quite numerous.  In the shrub world, the hands-down most abundant invasive in Ohio is Honeysuckle.  I looked at this prolific bush a couple years ago, and it’s long overdue to bring you some better news.

Invasives tend to crowd out native species.  But in Ohio, a native shrub is holding its own.  This is the month to see it blooming. 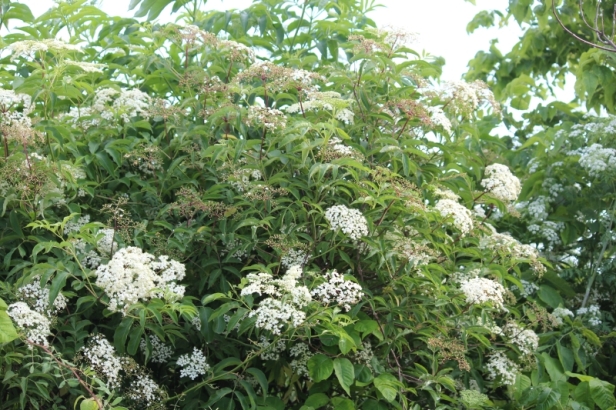 The common name for this shrub is Elderberry, though it is also known as Black/Common/American Elder (as usual, there are different varieties).  This plant can be considered a shrub or a small tree, growing up to 20 feet high (and 15-20 feet wide).  It is often found along wood edges, under power lines and along fences, and even in partially sunny woodland.  The main reason for this is because this is where birds pass the seeds from its fruit. 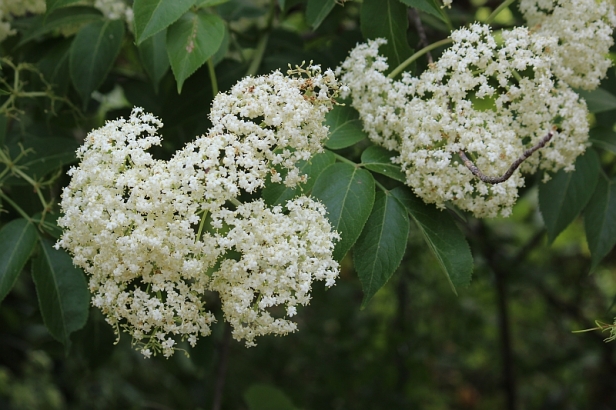 The flowers are dense clusters of white blooms- very pretty.  They are pollinated by flies.

The flowers grow upon a large flat structure called a corymb that arranges them in a pleasant geometrical order.

Elderberry is not only a wild plant, but it is also favored by gardeners and landscapers.  It’s not just for the flowers, either. 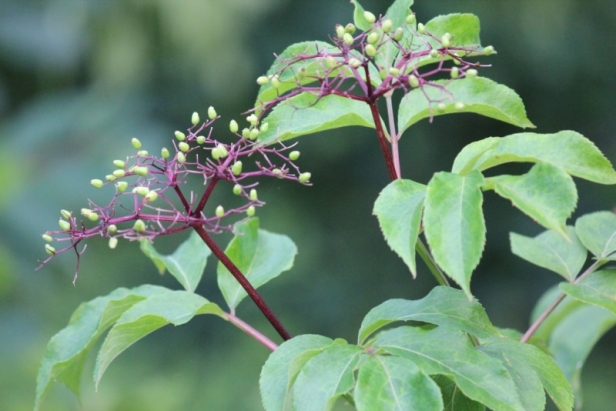 In the autumn, berries will replace flowers.

The purple berries are welcomed not only by birds and other wildlife, but by people as well- preserves, pies and wine can be made from them.

Be careful though- Elderberry is rather toxic apart from the ripe berries.  Always be careful when eating plants, because natural can still be harmful.

Native Americans used Elderberry for medicinal uses, and it is still used in home remedies, particularly for respiratory problems.  Care should be taken due to toxicity.

Flower heads can be consumed in infusions or teas.  A study found that Elderberry may be effective in treating the flu.

Maybe those native and home remedies were on to something! 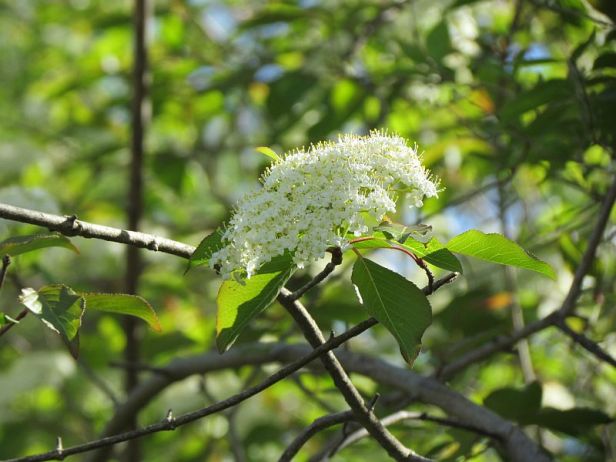 This plant is enjoyable to see, and because it’s a successful native shrub, it is doubly good to encounter.

If you see one flowering, make a note of it and then look for the berries in the autumn.  Look quickly though, before the birds get them.

23 thoughts on “A Native Shrub Blooming in May.”