April is an exciting month botanically-speaking, when many wildflowers are flourishing.  You may need to go no farther than your own yard to see a definitive spring flower. To many, this plant symbolizes spring!

This year, I saw my first in the middle of March here in central Ohio, and they’ve been steadily increasing in number into April.  They come in with spring, and they usually stop blooming at the beginning of summer- though there’s a twist to this that I’ll discuss later.

Violets are a genus of plants with hundreds of species worldwide.  Their distinctive 5-petaled flowers are low to the ground, and like growing in moist areas with some shade, whether on lawns or along forest edges and paths.  Their leaves are often heart-shaped.  Notice the hairy ‘beards’ near the center of the flower.  The flower stems are without leaves, which grow from the center of the plant itself.

A gardener’s favorite, you can see why they’re popular in yards as well as in the woods.  They are quite handsome, and the fact that their appearance is a signal that winter is over probably boosts their popularity.

Violets are often associated with positive virtues in popular culture, such as love, virtue, and faithfulness. Nutritionally, they are rich in vitamins A and C and contain antioxidants; the flowers can be made into tea, and the nutritious leaves added to salads and other dishes (careful when picking them for eating– not all violets are palatable).

Medicinally, violets have been used since ancient times for a wide variety of purposes, including as a balm for heart problems and gout as well as stomach pain and a topical wound treatment.  It’s even been used to battle arthritis due to anti-inflammatory properties. 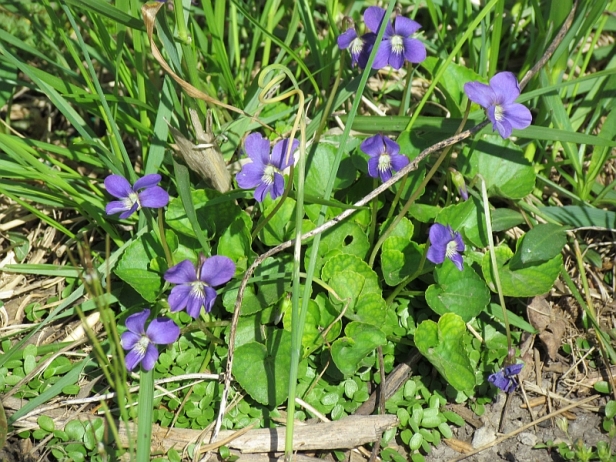 Another use that we make of violets is as an ingredient in perfume- an oil is extracted from the plant that produces a well-known scent.  I bet many people have fond associations with this pleasing odor.

The species of this flower that we are most familiar with is the Common Blue Violet, also known as Purple Violet.  But purple, even though it is the predominant color, is not the only shade that violets come in- other colors can be found, including white and yellow.

Violets are herbaceous plants, which means that they have temporary stems and leaves.  Curiously, the flowers that we notice are sterile- after the vaunted blooming season, in the autumn they will produce hard-to-notice bland flowers that will self-fertilize and have their seeds largely distributed by ants.  Nature works in interesting ways.

For now, enjoy these heralds of spring! 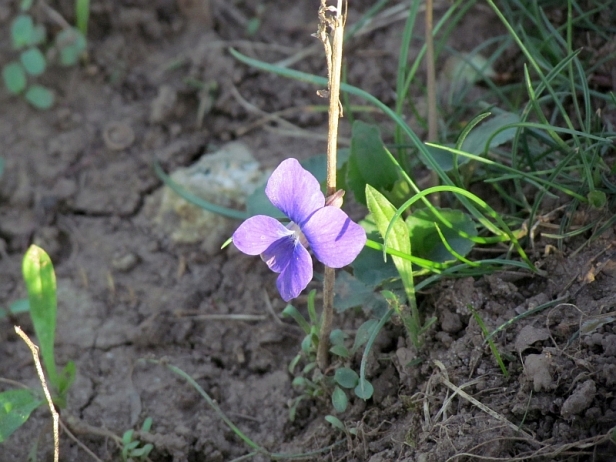 17 thoughts on “Nature in your Yard – Heralds of Spring.”