This year, I noticed the first blooming wildflowers in central Ohio during the last few days of February.  Of course, it all depends on both where and when you look, so I’m sure there could have been earlier blooms that I missed.  As a matter of fact, I recently went for a pre-spring hike in the woods, looking for such plants.

March is here, and spring is dawning.  I’ve spent the last few months of winter weather focusing on birds, since plant life has been rather dormant.  Now, it’s that time of year again when looking at the undergrowth is as important as looking at the treetops to observe nature’s bounty.  The growing season has begun!

Before examining those first wildflower blooms, I thought a look at the pre-spring deciduous woods was worthwhile.  Here’s how things appeared a couple weeks ago in the forested river valley area along Big Darby Creek.  I was hoping to spot an early wildflower or two.

The water of the creek had almost a turquoise color, which was interesting.  Each season, even each month seems to have a certain look to it, a combination of different factors that give a place a certain feel. 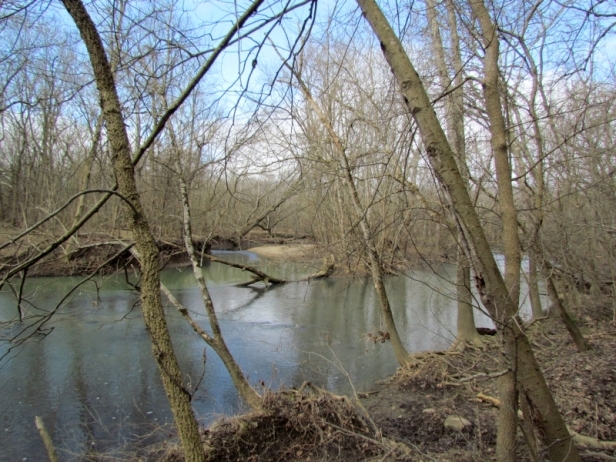 It’s true that the woods aren’t terribly green yet.  The leaf canopy is certainly going to take a while to show up, but in the undergrowth, there were signs of plants growing.  No flowers, but those will be growing soon. 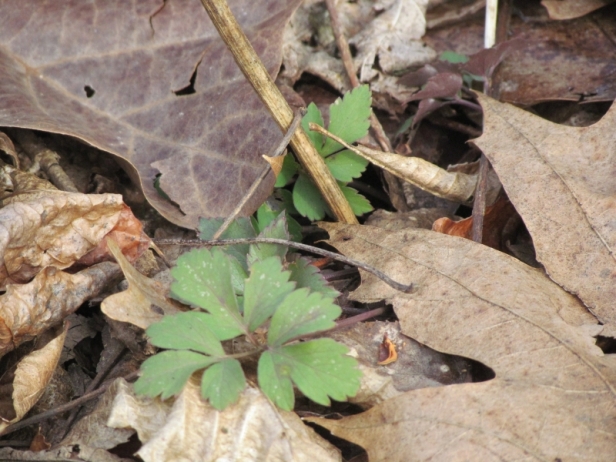 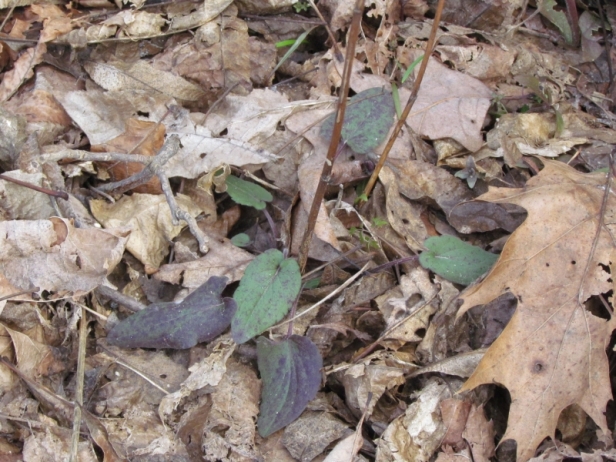 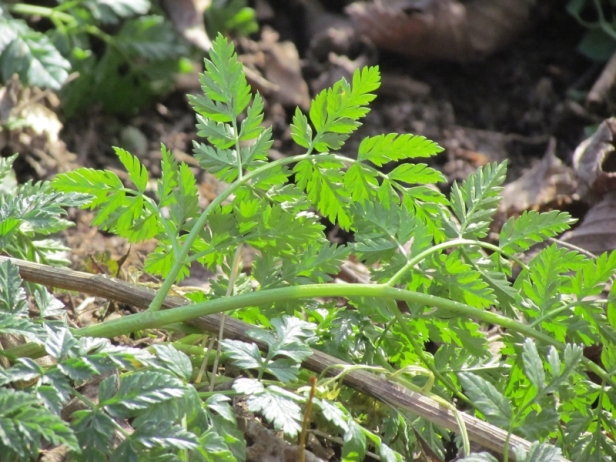 Rather ironically, a week after this hike over miles of forested trails, I was walking out to my car at the apartment complex where I live when I noticed my first blooming wildflower of the year on the grassy lawn next to the curb.  There were patches of very small blue flowers surrounded by lobed leaves.  This flower was more like ground cover than anything else.

Here’s a closeup.  This is Persian Speedwell, and it would be easy to miss if you aren’t looking closely at the grass.

After seeing this flower, I looked closely in a few nearby city parks, and sure enough, I spotted some others.  Here’s a small white flower that I at first mistook for Harbinger of Spring.

This is actually Hairy Bittercress, and this too is easy to miss because it is so small and low to the ground.  Its leaves were somewhat frosty in the cold morning air. 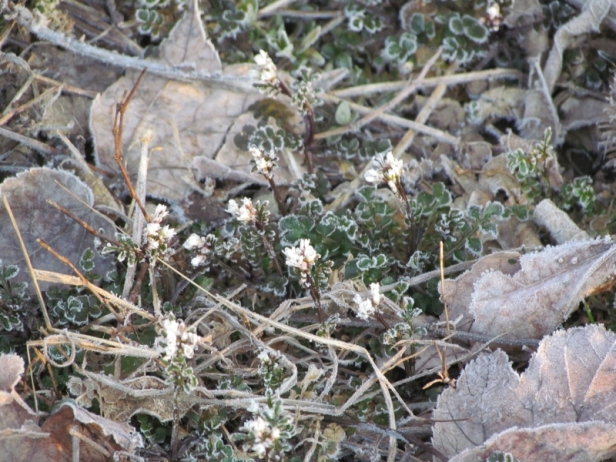 The next wildflower I noticed was a good deal larger- this one is a classic sign of spring, and is also no stranger to gardens.  Snowdrops are a handsome early bloomer, and a sure sign that the growing season is on the way.  These were scattered at the edge of a wooded stream. 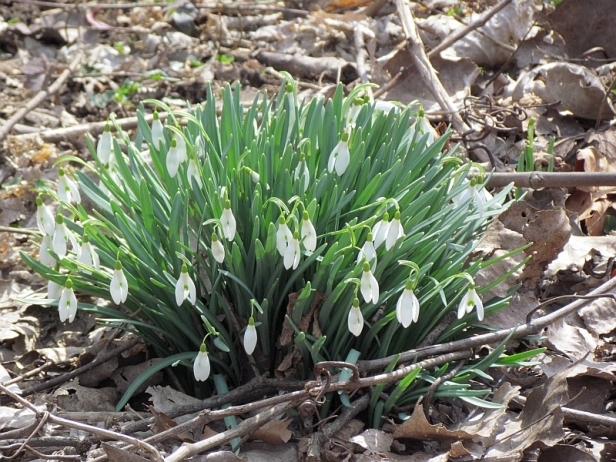 I spotted a couple other blooms- I’ll let you guess at what they are.  I know what one of them is, but we’ll be seeing more of it soon, so I’ll let the name go for now!

Soon, I’ll be starting a series of posts on spring woodland wildflowers.  The next few months will bring a fascinating variety of blooms to gaze upon.  It’s been a long winter, so get out there and see how many wildflowers you can spot!