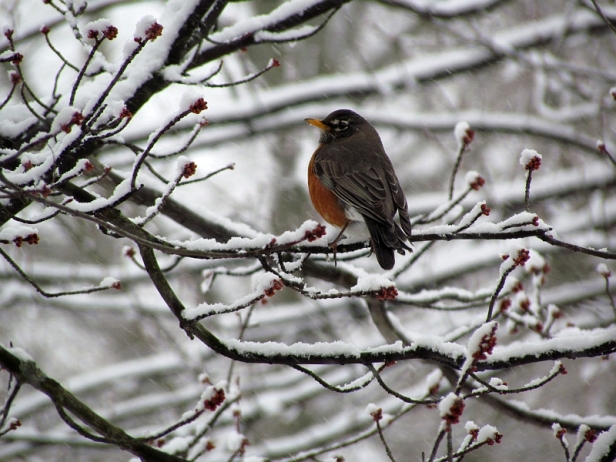 February is that month where spring starts stirring, even though it’s not quite here yet.  There are different ways to observe this, but one of the most dependable signs can be seen by watching early territorial behavior by Robins. 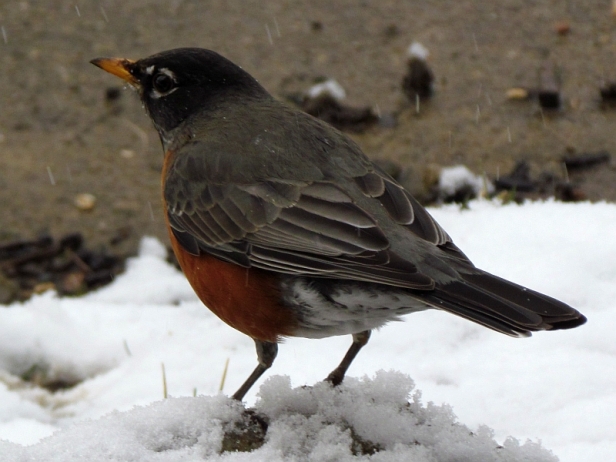 When we think of Robins, we often think of them in pairs on lawns, cocking their heads looking for earthworms and insects in the grass.  But this scene is a little ways off in time.  In the cold weather, Robins (like quite a few other species of birds) join together in flocks.  They survive on berries found in bushes in woodlands,  fencerows, or suburbs.  Only when spring stirs once more will they be able to reliably find their classic earthworm meals. 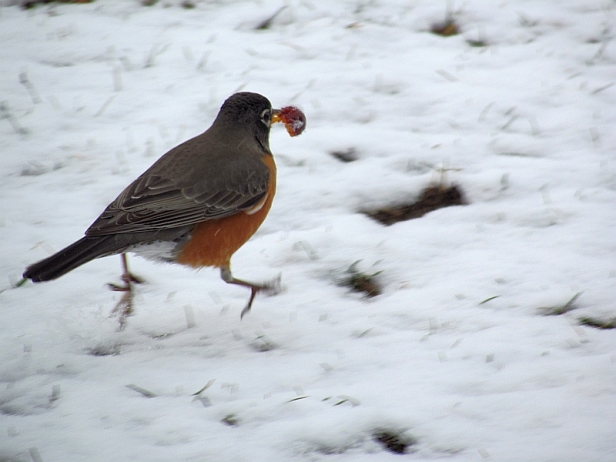 On some February days, you can see Robins looking for insects in mulch.  They will often thoroughly search the ground near buildings, where there is likely to be more bugs nearer to the warm walls.  Sometimes they tear up the ground in their search for food. 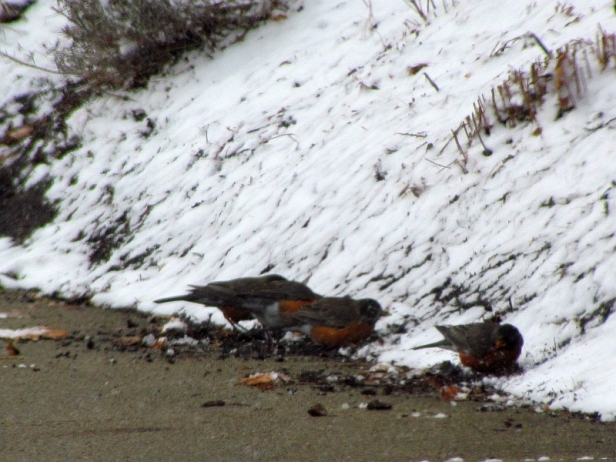 Can’t really blame them, I’m sure I’d do the same if I were in their situation 🙂 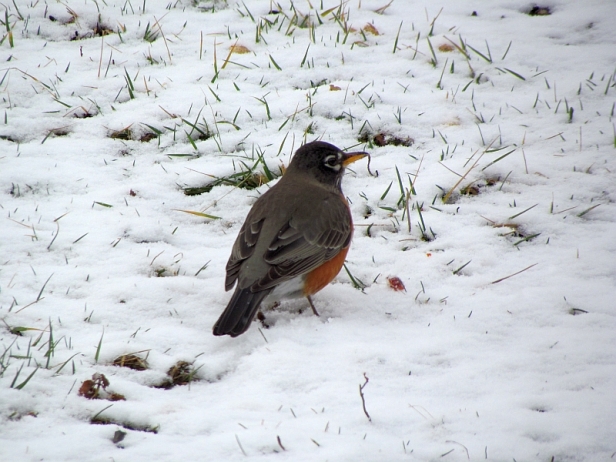 February for Robins is a transition month for behavior.  The more bold unattached males will strike off from the flocks and set up early territories in choice areas to defend, ready right off the bat to attract a mate.  Others will still be in flocks, searching for insects if the weather isn’t too cold, or berries if it is. 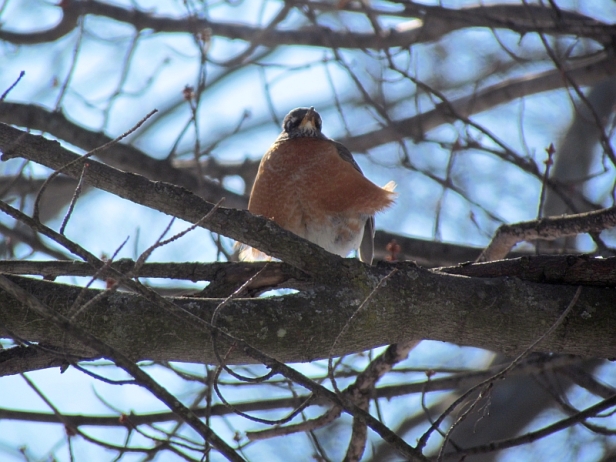 For a few years in a row some time ago, I had a Robin that would set up territory in front of my place, standing on the patio wall, making vigorous noises letting others know that this was HIS area.  He’d chase other males away, his rusty breast puffed out in challenge.  I figured it was the same robin because he would attack his reflection in my glass patio door, year after year.  That guy was really worked up!  The stakes were high!

Last year, I had a Robin set up February territory on my patio that was fairly tame.  I’d go out to leave peanuts and raisins out for him and other birds, and he’d land on the patio table a few feet away from me, waiting for his raisin meal.  Unfortunately, he stopped appearing one day, and across the street I found some robin feathers in the grass- I think the local hawk (A Cooper’s or Sharp-Shinned) got him.  I’m ambivalent about feeding birds because of this hawk, even though he or she has to eat too.

Several years ago, we had a large snowstorm in February, when the berry supply was getting rather scarce.  There was a lot of snow on the ground for a long time.  Robins by the dozen were dying off- you’d find their bodies in the snow.  Some ate raisins that I put out, one even tried to wolf down a shelled peanut (but couldn’t quite get it down).  There’s some peril in February when the weather turns bad, and it’s a high-stakes game setting up an early territory in Ohio.  But the payoff is a better chance of raising young.

So if you like to feed birds, don’t forget Robins- they like the occasional raisin when berries and bugs are scarce.  Maybe they’ll bring their young around for you to see later in the year.

26 thoughts on “Robins in February.”