This is the conclusion of my Cold-Weather Residents series, and there’s a reason why this particular bird is the last one I’m writing about. This species is one of the harder ones to get a good photo of; it’s also the winter bird that’s come the closest to me in physical proximity. This sounds like a contradiction, but there’s a couple of good reasons for this- this bird moves constantly, and loves thickets!

Earlier this winter, I was walking along the Scioto River treeline in a particular area where I’d seen this bird multiple times in the past.  I was just thinking about this species when I noticed movement out of the corner of my eye- I looked and, 6 feet away from me in a thicket, there it was- an individual of the species I was looking for.  I slowly raised my camera as it gleaned for things to eat and then regarded me with a curious look; I started to focus the close shot and of course, the bird flew off a ways.  This happens a lot to bird photographers 🙂

Here’s the closest picture I managed to take of this bird:

This is a Golden-Crowned Kinglet, quite possibly Ohio’s smallest winter resident. This bird probably summered in Canada’s coniferous forests, and is spending its winter in Ohio (I know, not exactly Florida, but it’s less cold than Canada). The first thing you notice about this bird is how small it is- typically 3 to 4 inches in size (not surprisingly their feathers are often puffed up). The next thing you notice is how active this bird is, constantly moving through trees and thickets looking for insects or their eggs. 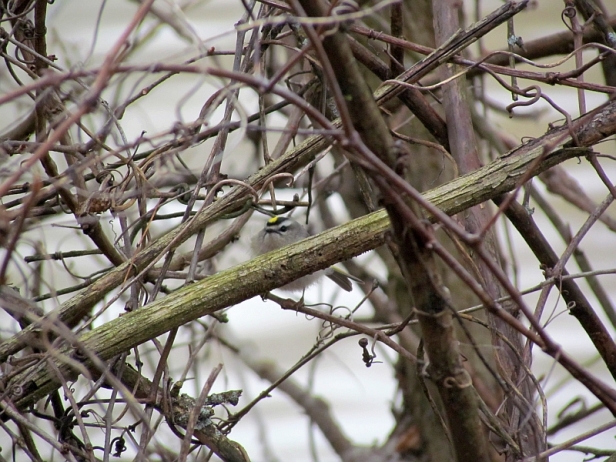 At first, Golden-Crowned Kinglets appear fairly dull. They have a light breast and an olive back, with a black and yellowish wing and tail. When you look closely, you can see its yellow and black crown above a black and white face mask. Sometimes the crown will be raised when the bird is worked up for whatever reason. This is a delightful splash of color on this little bird, bringing a much-needed brightening of the subdued winter landscape. It has a small black bill, almost like a warbler. 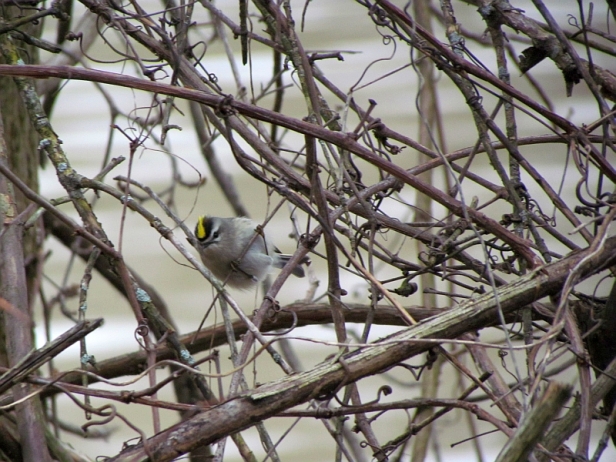 This species is very soft-spoken in winter.  Its call is very soft, a short series of three mild notes sounding somewhat like a whistle in the far distance. 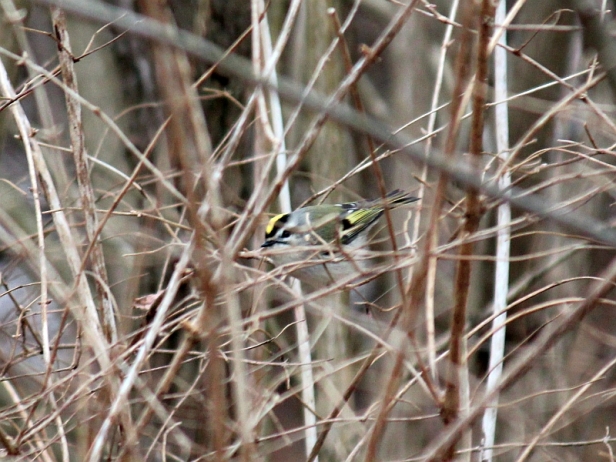 It often travels in mixed feeding flocks with other birds in winter. I typically have seen them alone or in pairs this year. The following bird pictured was actively moving through a tree, typical of its kind. 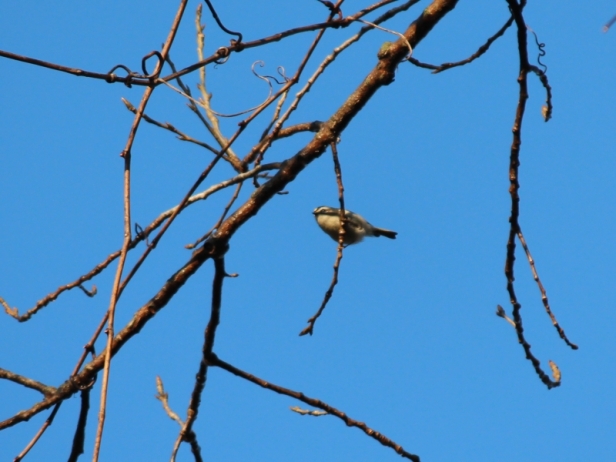 Kinglets remind me of Chickadees- small and usually on the move. I always enjoy seeing them in the cold weather, though I miss lots of good shots when trying to capture their image.  However, they allow you to get closer to them than many other birds. 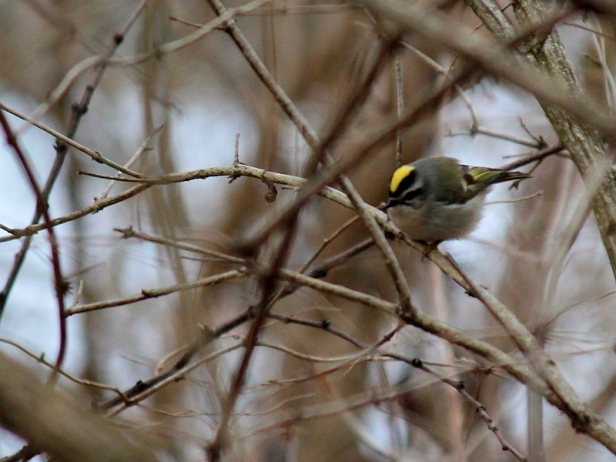 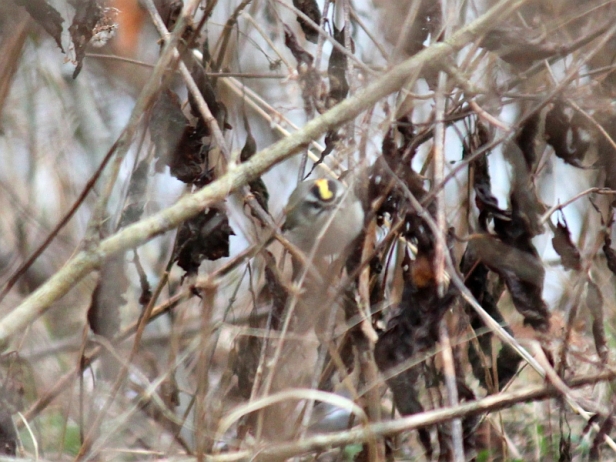 In the summer, Golden-Crowned Kinglets are busy parents. They typically raise 2 broods of young; the father will be feeding the first brood while the mother hatches a second brood. Talk about overachievers!

Here are the most recent images I’ve taken of these little birds. They’re fun to see, but they’ll be gone in the spring! 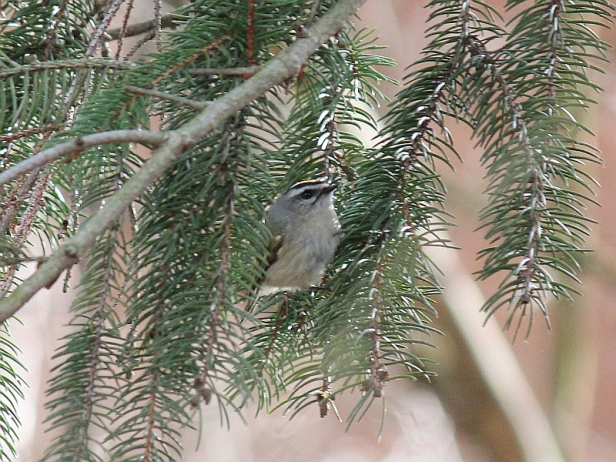 29 thoughts on “Cold-Weather Residents: A Bright-Crowned and Active Little Bird.”