In August and September, these juvenile birds came to my attention.  We normally think of spring as the time for young birds, but some parents have more than one set of offspring, and some simply nest later in the year.  Here are 4 examples that I enjoyed photographing.

A juvenile House Sparrow begs for food from its father- young birds do this typically by crouching down low and opening their beaks upwards while quivering their wings.

It works – dad feeds his youngster.

A good parent demonstrates by example how to eat on your own, and this young bird is learning. 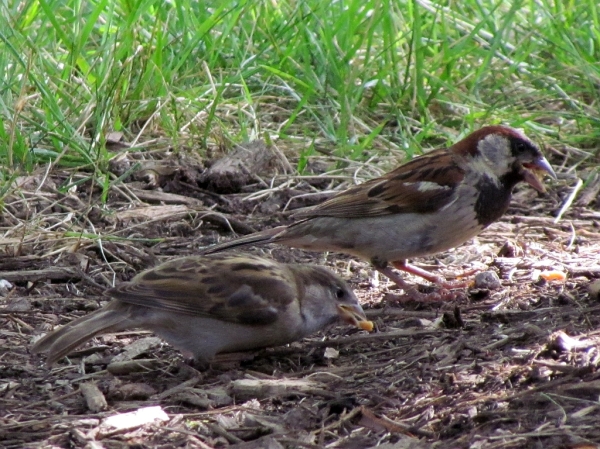 A female American Goldfinch keeps her eggs warm in a nearby park.  Goldfinches typically nest later in the summer.

Two weeks later, the eggs have hatched, and nestlings have emerged.

Ten days after I noticed the nestlings, this young Goldfinch is sitting next to the nest already, patiently awaiting a visit from a parent with food.

This bird sat very still, which is a good survival mechanism.  I probably would not have seen it if I didn’t know where to look.

A young Mourning Dove has left its nest and cannot quite fly yet.  It rests upon the ground under a plant.

This young bird has a dedicated mother, who sits nearby. 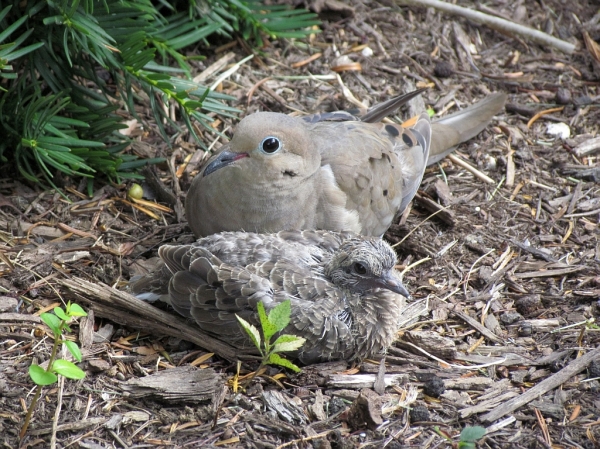 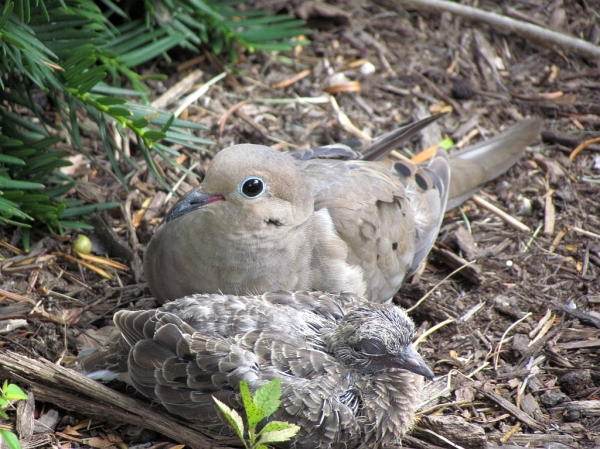 Mother shields her baby, glancing skyward as the sun comes out- this young bird survived and learned to fly.

The last time I saw it, it flew into a tree from the ground when I walked by.

This adult Rock Pigeon was raising babies in a hole in the roof of an apartment building when workers covered up the hole.

This parent can hear its young ones crying, trapped.  Young pigeons have a very distinctive cry.

When made aware of the situation, apartment management allowed the repair to be temporarily removed until the young pigeons left.

Here they are looking out upon the world.   A happy ending!